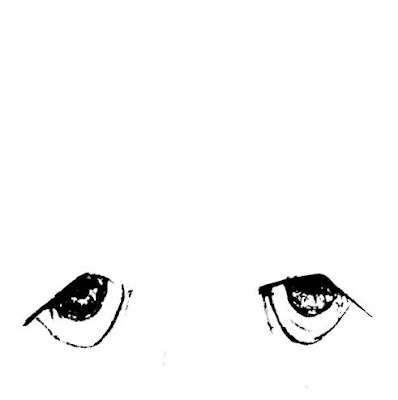 Social and political commentary set to music is nothing new. Doing it via the medium of Tik Tok is relatively and that's where Seb Lowe found his audience. The viral nature of the platform meant that word very quickly got around and the Half Decent EP is his first release on a more traditional format. Clocking in at thirteen minutes for the seven tracks, that we'd hesitate to call songs as they're more short pieces of urban poetry set to music, yet Half Decent places Seb at the forefront of those seeking to ask the difficult questions.

Kill Him (He's A Socialist) launches itself at those who decried Corbyn as a genuine alternative ("he's not one of us") to the capitalist politicians on both sides of the political fence and those who support them and get drawn in by the images painted by the mainstream media about Johnson as a loveable affable character in chat shows and magazine articles.

Iphone is a satirical look at the sort of character who's only interested in themselves and material items -  "all I give a fuck about is money" - a modern day Loadsamoney character whose sole intention is to try and impress. Half-spoken, half-sung, it's cutting and sarcastic and it's relatable - everyone will know at least one person it will relate to, unless of course they are that type of person themselves.

The Man The Myth, God’s Monkeys and Ingerland are short sharp sub seventy five second observational blasts that very much fit with the Tik Tok platform that gave Seb his first exposure taking on religion of all forms being used as justification for those in power’s actions and the real face of our country that tourists don’t see - “you haven’t been to England, you’ve been to London and I mean the nice parts of London.”

Freak is the other full length track on here and is the most fully formed of the seven, painting a vivid picture of the freak character of the song, warts and all, evocative and descriptive without being judgmental.

The final track is a poem entitled The Human Race, a sixty-two second powerful that tears apart the sad state of our species declaring “The Homosapien stands as an evolutionary masterpiece as it ravages and bites with a pen and a paper sheet. Now it sniggers and slobs with a laptop and keys. Before it indulges in hair products and television screens” Sam moves on to reference the unchallenged dominance of the male of the species, the recent drink spiking epidemic and finishing with the powerful condemnation of “we make the gravest of decisions when we’re not really sure.”

With Cabbage heading off into the distance at the end of their tour, Seb Lowe is ready to step into their boots as the sound of disaffected youth, raging against social and political injustice with a sense of humour and a wry dry intelligence that makes him stand out from the crowd. He’ll piss mightily off those he attacks with venom but on the basis of this EP he’ll simply outwit and outsmart them.