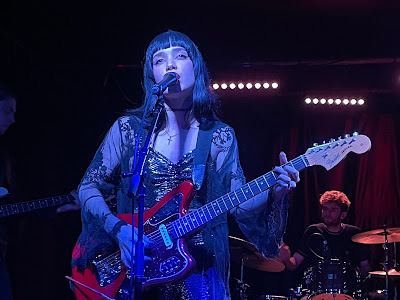 Freya Beer brought her Beast album to the Night And Day Cafe on Sunday night for an intimate show supported by Prints In The Snow.
Prints In The Snow are a Yorkshire-based four-piece who open the evening with a six-song set of softly-spoken melodic songs that entwine Laurie's lead vocals and Catherine's backing vocals to good effect on songs that feel meticulously crafted and delivered. It feels like the whole project is a real labour of love by musicians who as Catherine says "aren't very good at banter" during one between song tuning. What they lack in showmanship is made up in the quality of their playing with tracks from their Nothing's Lost album and last year's I Hate The Silence EP and they get a good response from the crowd that grows in number as their set progresses. 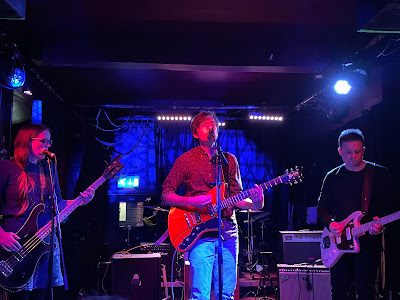 Freya Beer's album Beast has been out in the world for about six weeks now and she plays it in full with a new song Love Child and a cover of T-Rex's 20th Century Boy added in for good measure as she runs through a thirteen song set that doesn't hang around in under forty minutes. She's accompanied by an accomplished band who bring the dark sonic textures of the album to life - the taut, tight drumming in particular creates a really imposing sound that's the base of the more up-tempo numbers and really captures the drama of the songs and brings them to life. 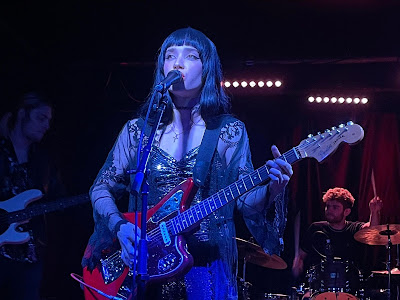 Whether it be the stunning dark goth pop stomp of The Calm Before The Storm and Arms Open Wide or the slower more seductive Secret Garden, Pure and Put It To The Test, there's a mesmerising quality to Freya's vocals that draw you in and hold you in their grip and you sense as the gig progresses that the audience are being increasingly captivated by her delivery that hints at more mystery lying underneath the surface of the words that's she singing. She finishes the set with a cover of T-Rex's 20th Century Boy that almost feels like an unnecessary add-on given the quality of what's gone before it, but her band deliver a riff-heavy take on an old standard that it's refreshingly different to hear with a female vocal.
Freya Beer played Beast, Beauty, The Calm Before The Storm, Arms Open Wide, Secret Garden, Love Child, Pure, To The Heavens, Forget It, Siren, Put It To The Test, Dear Sweet Rosie and 20th Century Boy.
Freya Beer's website can be found here and she is on Facebook and Twitter.
Prints In The Snow's website can be found here and they are on Facebook and Twitter.
________________________________
Follow Even The Stars on Twitter at @eventhestarsuk and like our Facebook page for all the latest updates.
Posted by Even The Stars at 17:00

Email ThisBlogThis!Share to TwitterShare to FacebookShare to Pinterest
Labels: Freya Beer, Prints In The Snow