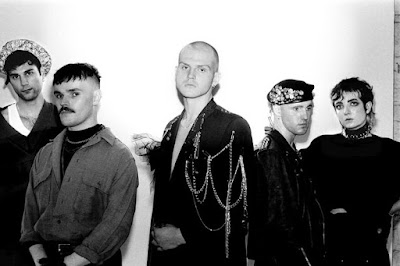 Ahead of their UK tour that starts this week, VLURE have released their new single I Won't Run (From Love), the second track to be taken from their Euphoria EP that's due for release in January.
I Won't Run (From Love) has featured in their live sets earlier this year and sees the band in more reflective mood than on previous singles Heartbeat, Show Me How To Live Again and Shattered Faith, but still has the enthralling intensity that has made them one of, if not, the most exciting new band around.
VLURE's front man Hamish spoke about the single and the meaning behind it - "In order to have the people that we have in our lives, we first have to learn to become vulnerable. This isn’t something that is inherently natural, we are animals at our core. Most of us have been hurt in our past. Though; when the time comes, instead of fighting the feeling, we stand our ground and let our barriers fall. There’s something beautiful about the trust we have in one another to allow friendships, partnerships and all relationships to flourish. It may come with age. It may come through growth. It’ll always be there, the chance of being hurt. Without accepting that we will never know what it means to truly feel alive. I Won’t Run (From Love) is for our friends and family"