Desperate Journalist - You Get Used To It EP 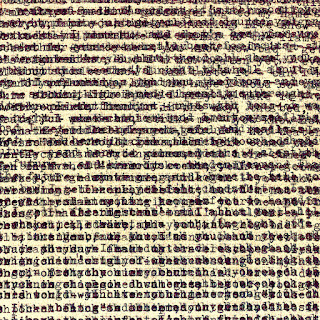 You Get Used To It is the follow up to last year's album Grow Up from Desperate Journalist. Like the album, it's an intense record, delivered from the heart lyrically and sonically challenging and ambitious.

Desperate Journalist are one of those bands that seem to often operate under the radar, not considered fashionable enough to excite whatever it is that is supposed to excite tastemakers or whatever the latest catch-all descriptor for people who write about music is. Whether it's the anger in Jo's lyrics, the subject matters she touches on or the hard edges to Simon, Rob and Caz's powerful backdrop or the fact they're not the smartly-dressed hip young things with tunes that last as long as it takes for the next one to come along that is the reason they've not had the attention they deserve, it feels like it's starting to change slowly. A well-received tour support with The Slow Readers Club won them new fans and an insight into how things can change.

The EP opens up with Incandescent, the song title's giving away the subject matter. It starts off very muted and understated for them, a wandering guitar until drums kick in and then Jo comes in. The chorus declares belligerently and defiantly "Shake me, strike me, you know how bad I get, incandescent, but I'm not beaten yet", there's a moment where the song stops dramatically and then starts again and as it reaches its end, the music drops out leaving Jo on her own.

It Gets Better is the lead track from the EP and dispenses with any nonsense that they couldn't come up with something radio friendly. Brilliantly accessible yet retaining the power and passion that's characterised their first two albums. It's uplifting, angry and delivered with an energy that it's impossible to turn your back on as Jo muses with a slight air of resignation yet not surrender "It gets better, you get used to it, I have to believe you get used to it."

Nothing Happens kicks off at a furious pace, both in the music and the delivery of Jo's words. You can sense the build as the drums bounce off Jo's increasingly agitated declaration of "bruises burn here on these small shoulders". Lyrically, it's bold, laying things on the line and asking uncomfortable
questions to the listener. The anger continues in About You, Jo throwing aural rocks at the song's subject matter - "you are too perfect to have friends, that's right, it's all about you" - with an uncomfortable disdain. Musically it never stands still in one place, leaving the listener waiting for the next unexpected twist or volte face turn, which they pull off seamlessly.

The Bomb completes the EP and is a bit more considered in its approach, but it shows how the band don't need to operate at breakneck speed to make an impact. Half way through things are about to come to a halt and you're waiting for it to explode, but it doesn't, and it's brilliantly unnerving that they don't do what you're expecting, leaving you on edge as to where they go next. That approach sums up Desperate Journalist, they're dark, but the revelations in the songs, both words and music, feel like they're making the breakout into the light and addressing issues that most bands would shy away from head on. It makes them uncomfortable to listen to at times, but also absolutely vital as one of the most challenging bands around.

Desperate Journalist's official site can be found here and they are on Facebook and Twitter.  The EP can be ordered via their website or the 12" vinyl via their Bandcamp.