TRACK OF THE DAY : The Slow Readers Club - You Opened Up My Heart 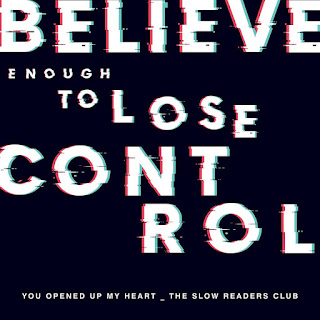 You Opened Up My Heart is the new single from The Slow Readers Club taken from their third album Build A Tower due out on May 4th. Already a live favourite after being previewed on their tour last Winter, it's the song that's set to catapult them further into the conscience of the record-buying public.

The track (featured in the You Tube video above) takes many strands from the band's previous album Cavalcade, but at the same time feels like a huge step up, a band confident in their sound and with belief in their ability to reach a massive audience. Lyrically it's one of Aaron Starkie's finest pieces to date, still introspective, but with lines like "Believe enough to lose control, where there's love there's always hope" it's a song that you can imagine thousands and thousands of people singing back to him.

The Build A Tower tour calls at the following venues :