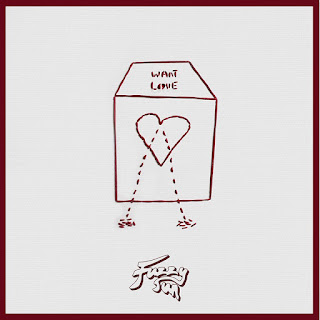 Fuzzy Sun’s Want Love is the debut release on Blossoms’ Very Clever Records and was produced by the band. And whilst that fact might claim some of the headlines, the four songs on the EP stand out in their own right, gloriously summery in their outlook, tinged with sixties-leaning melodies and harmonies.

What’s immediately clear across the four songs is that the combination of Kyle ans Daisy’s vocals forms the centrepiece of the attraction of Fuzzy Sun. Coupled with the so laid back it could be horizontal groove that runs through the first two tracks, Want Love and Sad, and you have a record that wraps itself around you and leaves you powerless to resist its charms. On closer inspection though there’s an attention to detail in the instrumentation and production that facilitates this. Layers of vocals, subtle changes of pace and direction and a shimmering warm pop haze, particularly in the rippling vocals at the end of Want Love, cleverly do their work without being in your face.


After All This Time sees them change the pace but using the same tools to woo you. The intro hints at glam rock tendencies and the male/female call and response vocals in the chorus sound reassuringly familiar but not like anything anyone else is doing. It’s a mean trick to pull off to sound different to the pack without earth-shattering experimentation but it’s exactly what Fuzzy Sun do here. The final track Come Take A Bite steps things back down and steals the show. Beautifully languid and crisp in the delivery, slowly building as Kyle bids “keep me up all night, come take a bite.”

The Blossoms links will no doubt dominate discussions of this EP but that would be doing Fuzzy Sun and the songs a huge disservice. Want Love is a record for the here and now, looking back for inspiration to put a smile on your face and make your day better for a quarter of an hour.