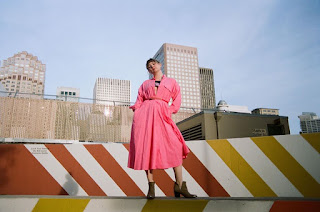 Kid Queen are the new project of Shannon Harney, who fronted San Francisco band Be Calm Honcho who featured here a couple of years back. She's teamed up with Bobby Renz and Tim Vickers to form a trio who've just released their first couple of tracks.

They've just played a number of shows at SXSW to a really strong reaction, including from our friend Erica who runs the brilliant Beatsthatsetmypulse blog who put us on to them and the coincidence.

Rebound is our pick of the two tracks, but it was hard to choose between it and Like A Knife so we've included both.