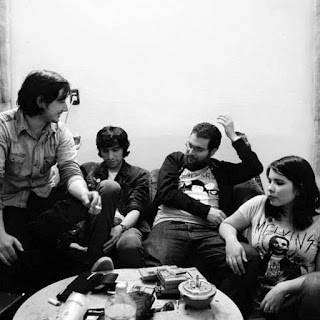 Car Crash Sisters hail from Aguascalientes in Mexico and tell us "We're a loud band; we're not into car accidents." They released an album Sundance Sea independently last year that is now being released on CD and cassette by Blackjack Illuminist Records in Germany. Blackholeyday is the track from the album that first piqued our interest.

Reviews of the album have pointed to nineties influences, and the band have covered Ride in the past, but whilst those comparisons are inevitable, what Car Crash Sisters do is to put their own fresh spin on it. Claustrophobic guitars and intense vocals one minute drop into something much more restrained, building back to a soaring climax.

Car Crash Sisters are Kique on guitar and vocals, Alma on guitar, Noel on drums and John on bass.

The album can be purchased digitally on their Bandcamp and on CD and cassette via Blackjack Illuminist.