Track Of The Day : Slowcoach - In Limbo 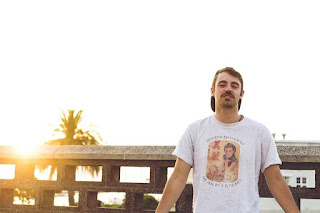 Slowcoach is the solo project of Melbourne's Dean Valentino who plays all instruments on In Limbo other than drums. It's the b-side for his recent single Beneath The Board and we slightly prefer it of the two as its jangly guitars and surf rhythms are impossible not to fall for.


It's an impressive first release for someone we stumbled across on Soundcloud's random next song queuing, but we immediately wanted to find out more before the song was even a minute in. It has shades of Horsebeach who we love from closer to home, but it sounds fresh and has a personality of its own. Its beauty in its simplicity, the way it makes no pretense to be anything else other than a great indie pop song that wears its heart proudly on its sleeve.

Slowcoach are on Facebook and Twitter.  The tracks can be purchased from Bandcamp on a name your price basis.

Email ThisBlogThis!Share to TwitterShare to FacebookShare to Pinterest
Labels: Slowcoach