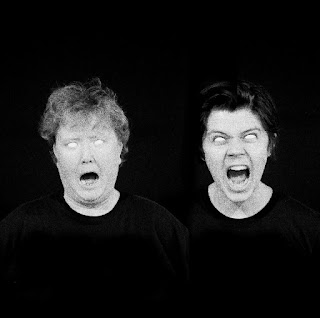 Barricades are a London duo featuring Nick Mackay on drums and Jordan Laughlin on guitars and vocals. Volume 2 is their second set of songs and sees them channeling their social conscience

Lead track Speak Out is aimed square at the apathy of the general public at the slow dismantling and silencing of any protest by the media and those in power. An extended intro starts us off before Jordan declares “first they came for the communists, the unions, the weak, then they came for you, now they come for me.” It’s a clever use of lessons learnt from history of ignoring forces of bad and applying them to these extraordinary times we’re living in, with the reflection later in the song that “I should have spoken out for us” before the song explodes in a wall of guitars and drums.

“Everyone haven’t you heard, we’re righting the wrongs of an historical purge” is the defiant closing message of Lifeline, another song full of socio-political inferences such as “with our head in the sands, who will lend a helping hand?” and the simple plaintive question “why are we doing this to ourselves?” Musically the song never stands still, darting around with the freedom that being a two-piece allows.

Being Late (The Coffee Song) is a one minute fifteen blast of furious half sung half screeched vocals. It’s less of a song, more a switch the tape on and play, and the exchange of words between them as the last notes echo suggests it might be, and shout as loud and fast as you can. And whilst that could sound dreadful, it doesn’t.

One of the most exciting things about music these days is some bands finding their voice and speaking out against the bullshit that society seems to shrug their shoulders at and meekly accept. Barricades do this articulately and pointedly without neglecting to inject anger, force and power into their music.

Email ThisBlogThis!Share to TwitterShare to FacebookShare to Pinterest
Labels: Barricades