TRACK OF THE DAY 4 : Hannah Scott - Signs Of Life 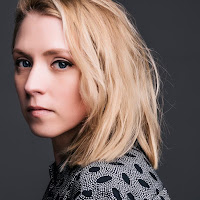 Hannah Scott today releases her new single Signs Of Life, taken from her forthcoming album Pieces Of The Night that is set for release in June. Described by Hannah as "a song about not giving up hope even in the darkest moments," it's a powerful, emotional and dramatic track.

Set to keyboards, strings that kick in as the song builds, Hannah's voice draws the listener into the song as every syllable is sung with the requisite precision for the emotions in lines like "don't dismiss all of the days like this, there are still fires to fight, there is still life" to come flooding out of the speakers. It leaves the impression of a song that's too good to simply exist under the radar.