TRACK OF THE DAY : Celestial North - Illuminate Yourself 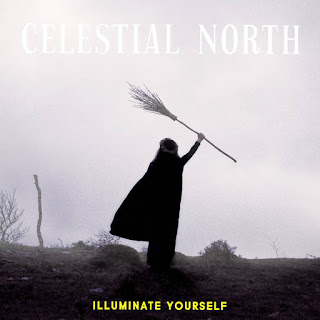 Just a month after her first two songs (Winter Circle and Hey Volva), Celestial North has released a third, and the best yet, in Illuminate Yourself.

Full of references about the dark that contrast with the song's title that build to the command to the song's subject to "illuminate yourself in the sweet light", it contains all the dreamy elements of the first two songs, including Victoria's expressive vocals. They capture perfectly the pathos of lines such as "the sun will not rise for me" as well as they do when she reaches that exhorting chorus line and then the song darts off into an uplifting instrumental section.