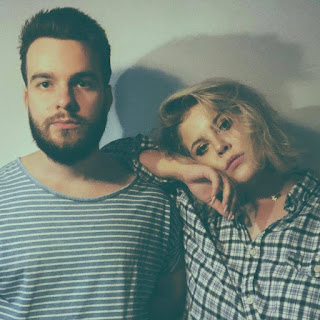 Shrine appeared out of nowhere a month ago with their debut single You're A Stranger. Today, they release their second single Blue Weekend and prove that it was no flash in the plan. A little more subdued than their debut, it's more potent as a result, showing the wide realm of possibilities of this duo as they work on an EP for release in the next few months and prepare for live dates.

The song deals in the uncertainty of a relationship that's not quite taken seed yet - "I don't want you all the time, I still want to you to be mine, loving you is such a crime, then why do I feel fine, this is all a maybe, you don't have to save me, it just feels so good" and the music perfectly captures the mood of the lyrics.

With just two tracks to their name so far and more in the pipeline, Shrine have made themselves a band to very much keep an eye on, even before they've entered the live arena.

Email ThisBlogThis!Share to TwitterShare to FacebookShare to Pinterest
Labels: Shrine