TRACK OF THE DAY : The Maitlands - Few Choice Words 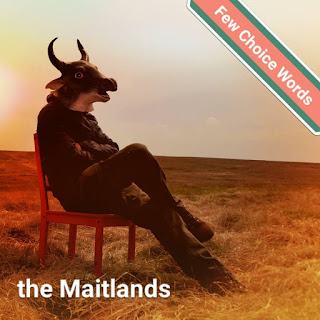 The enigmatic The Maitlands return with a new(ish) line-up and their first single of the year Few Choice Words which is released today. The unmistakable voice of front man Carl Ingram remains though.

The single follows on from last year's Salford Democracy EP and sees the often chaotic band in restrained mode, as Carl declares in his half-spoken half-sung "it's not always marshmellows melting over hot chocolate," a brilliantly left-field observation about the nature of relationships that we've come to expect from him. The band are sparse and spindly which gives their front man the perfect stage for his musings. It's their best single yet.

We asked Carl to describe the song. His response was curt "Class Division, Methadone Clinics and Marshmallows"

They play The Castle Hotel on Saturday June 2.