TRACK OF THE DAY 1 : Blanketman - The Long Arm Of Entrapment 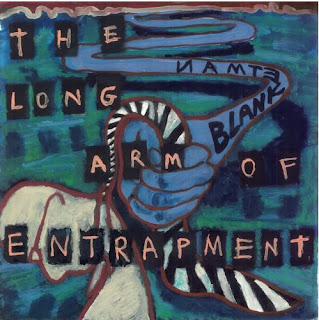 The Long Arm Of Entrapment is the debut single from new four-piece post-punk band Blanketman. Despite not having released anything yet, they've already grabbed the attention of the likes of Brix Smith and they support her and The Extricated at the Ruby Lounge next Friday.

Brilliantly raw from Ellie-Rose's opening tribal drums to the Jeremy's bass and Daniel's guitar lines that run throughout the song, pinning your attention down and not letting you go whilst Adam lets loose, agitating against "the cold air of resentment"and the arm of entrapment of the title. He's angry, but it's directed and that ensures the song has the desired impact.

They play Manchester Ruby Lounge (April 27, with Brix And The Extricated), Manchester Peer Hat (May 1, with Dreamweapon) and (16, with Birdstriking) and Manchester Castle Hotel (June 2, with The Maitlands and The Jungfraus).

Email ThisBlogThis!Share to TwitterShare to FacebookShare to Pinterest
Labels: Blanketman