TRACK OF THE DAY : Gypsyfingers - Half World 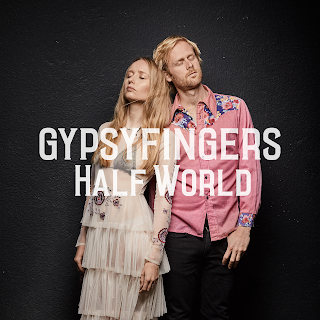 Half World is the new single from Gypsyfingers. It's a song that encapsulates a number of styles as it takes the listener on a four and a quarter minute journey through the band's restless creative minds touching on aspects of folk, rock and pop music and it's all set to a video that adds to the mystique of the song as if you're watching a short film rather than a music promo.

Gypsyfingers are Victoria + Luke Oldfield who share lead vocal responsibilities with Patrick Kenneally and Simon Hedges making up the four-piece. They released their debut album Circus Life in 2014 and now they're back with this single and a UK tour.

Email ThisBlogThis!Share to TwitterShare to FacebookShare to Pinterest
Labels: Gypsyfingers