TRACK OF THE DAY 3 : Kashmere - Tokyo 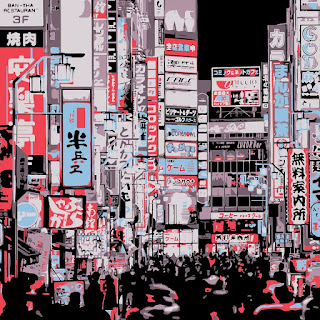 Kashmere return today with their new single Tokyo. Already an established live favourite, it's been marked out as a future single for some time now and the band have responded by releasing it to support a series of April shows across the North of England.

Kashmere are Joey Newey on vocals, Andy Law on drums, Charlie Cole on lead guitar and Freddie Hughes on bass. Tokyo is their fifth single following in the footsteps of Blow Your Mind, Porcelain, Hoxton and Codeine and was recorded with long-term producer Jim Spencer.

Joey told us about the song "Tokyo was written around June last year, it was one of those songs where i managed to just sit down and write the whole song in around 2/3 hours . The intro riff was written first and just seemed to flow straight away. Lyrically it is about finding a perfect place, and everywhere appearing grey ever since."

Email ThisBlogThis!Share to TwitterShare to FacebookShare to Pinterest
Labels: Kashmere