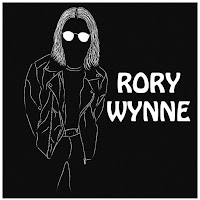 Little Miss Edgy is the second track to be revealed via a lyric video from Rory Wynne's self-titled debut album that's released next week via Blossoms' label Very Clever Records. Like previous single Friends, it's got a huge hook running through it making it an instant earworm.

Rory told us a little more about the track "I wrote this tune in a future tense, kind of like a dream scenario that has yet to happen. It's one of my favourites from the record to listen to and play live and I hope everyone enjoys it! It also has my favourite lyrics from the album in the second verse - there's only two words for each line but they say all they need to."

The album Rory Wynne is being launched with an intimate show at Jimmy's in Manchester on April 10th, tickets are available from this link.