Track Of The Day : LIINES - Be Here 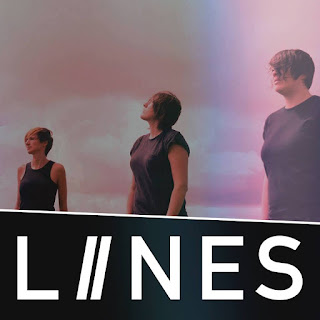 October 28 sees the release of LIINES new double A-side single Disappear / Be Here on download and white 7" vinyl. Both songs have already been aired by John Kennedy on his XPosure show on X Radio and we've chosen Be Here, one of our long-standing favourites from their thrilling live sets as our Track Of The Day.

LIINES are Zoe McVeigh on guitar and vocals, Leila O'Sullivan on drums and Steph Angel on bass. They've been around a couple of years after forming out of the remains of a previous band called Hooker. Their single Never There released last year made a breakthrough for them getting significant radio play and blog coverage that led to them selling out The Night And Day in Manchester in advance for their single launch and pricked the ears of Reckless Yes, an exciting, ambitious, music-loving management duo from the East Midlands who signed them up.

LIINES feel like a unique proposition on a Manchester scene that's dominated in the main at the moment by all-male bands but LIINES rock harder and more ferociously than anyone else, save possibly for their off-the-wall counterparts ILL. By the end of their live set, the audience are almost as breathless as Zoe, who delivers a performance that lays everything bare and holds nothing back whilst Steph struts effortless cool like all great bass players, visually detached from what's going on around her but absolutely atuned to her band mates and Leila's drumming is so often the driving force behind the songs. As their recent set at Ramsbottom Festival proved, they bowl over the curious onlooker and get them hooked by the end.

Disappear and Be Here are the first fruits of their new deal which will hopefully lead to a LIINES album in 2017, something they never thought possible a mere twelve months ago, but the more people that witness their shows, the more fans they're getting, both in the corridors of influence, but also in Manchester's music fan base and fellow musicians.