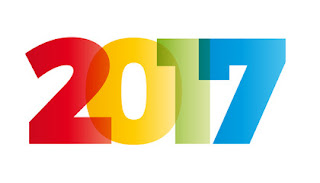 As the year draws to an end, we reveal our top tips for 2017. Not necessarily bands that will make it to the top of the charts, but the bands that excite us for what they could achieve in the year.

Our criteria for being included in this list is that they haven't released an album yet nor have they appeared in any of our previous years' lists. This excludes the likes of Georgie, Rory Wynne, Black Honey, Clay, Larkins, Lunar, LIINES, Jordan Allen and many many more who we still expect big things from in the New Year. 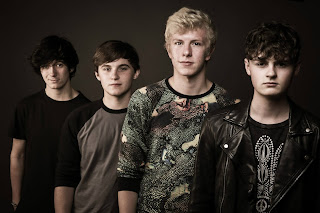 Matter Of Mind are a four-piece from Stockport that have made a massive impression on us since we first caught them playing at Terry Christian's Mad Manc night at the Dancehouse Theatre back in February. Since then they've released their three track debut EP State Of Mind and picked up support from This Feeling, Clint Boon's Set 2 Go, Amazing Radio and Louder Than War amongst others.

They've got a new single due out early in the new year called Far Too Wrong that we've been lucky enough to have a sneak preview of with its accompanying video and it's set to turn more heads and help them grow their already expanding fanbase. They trade in big, open-hearted song with a hard edge to them and lyrics that can anyone can relate to - full of the angst of growing up but with an undeniable air of positivity too. Throw in some killer hooks and melodies and we have a band that we can see going all the way. 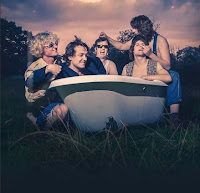 Cabbage should need no introduction to regular readers of the blog. Already on the BBC Sound of 2017 long list, their unorthodox devil-may-care approach to the subject matter of their song (recent single Necroflat In The Palace about the relationship between Jimmy Savile and the royal family, Free Steven Avery demands "death to Donald Trump" and their debut Dinner Lady included references to wanking into a quiche when Joe worked as a dinner lady at the private Giggleswick School) might close some doors for them, but their live shows are becoming something of legend as their dual vocalist assault, ripping down of the barrier between crowd and band and non-stop mayhem have made them one of the most thrilling live bands in years.

They open 2007 with a compilation of EPs called Young, Dumb And Full Of... released on January 6th before embarking on their own headline tour in February, supporting Blossoms on their big March UK tour and The Courteeners at Old Trafford in May. Love it or loathe it, you're not going to be able to get away from Cabbage in 2017. 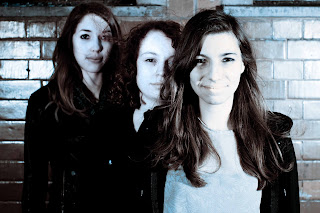 Berries are a London three-piece with Holly on vocals and guitar, Lauren on bass and vocals and Lucie on drums and vocals. They released their debut six-track EP Those Funny Things earlier in the year to a really strong response from many blogs including our own.

We concluded our EP review with the following : "Those Funny Things is an absolute triumph, six great songs that it's impossible to pick a favourite from as they've set the bar so high. Their direct approach, the lack of studio trickery and the raw open honesty of both the lyrics and their delivery and the uncluttered instrumentation combine to make a record that makes a striking first impression that gets stronger with each listen. Berries are not to be messed with but they might just become your new favourite new band." 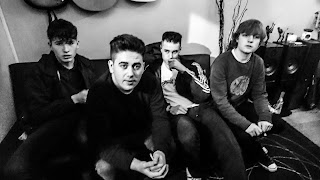 Urban Theory are a Bury-based four piece - Alex on lead vocals and rhythm guitar, Jake on lead guitar, Jimbo on bass and Ellis on drums - who are starting to make some waves on the Manchester live scene after undergoing a line up change in the middle of the year. There's little recorded fruits of the new band set-up, but their recent Weekend Offender single is a gritty piece of urban storytelling that sets their stall out for a busy 2017 as they reveal the other songs they've been busying away in the studio at.

We described their August show at Soup Kitchen, their first with the new line up "For a first show with a new line-up this is a mightily impressive start, there's an energy, passion and vibe that eminates from the boys on stage and transmits itself to their audience in the way they deliver them and they've got a set of songs that talk about the things that affect teenagers of their age so connect automatically with both girls and boys. Urban Theory are a band to keep a very close eye on." 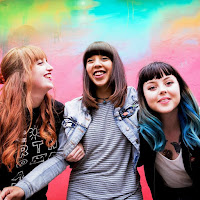 The Chester based three piece - Rach, Bella and Jess - formed in late 2014 and released their debut EP No Fun in 2015, but 2016 has seen them wow audiences at Stay Fresh and A Carefully Planned Festivals in Manchester as they build to the release of their new single Same Place / Seaform Islands in January.

We described their performance at A Carefully Planned Festival in October - "Next up is Peaness and one of the band we'd be highly anticipating seeing for the first time and they exceed all our expectations. The Chester-based trio have an infectious love of playing together that can't fail to transmit to the audience and we're left at the end with smiles as beaming as theirs have been throughout. Balla and Jess share vocal responsibilities throughout providing a thrilling contrast to the songs. The two they introduce as new ones - Skinsurfing and Same Place, Different Time - are the two stand out songs in a set full of highlights. Oh George, aimed at our former Chancellor, shows that they're not just interested in writing about relationships as well. Soup Kitchen is utterly and totally disarmed by their brilliance." 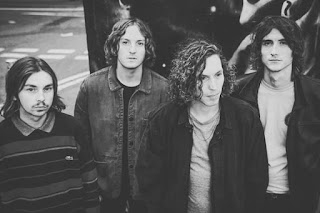 Signing to Hit Or Heist and going into the studio to record new material at the end of a year when they headlined This Feeling club nights as well as supporting Blossoms at the launch gigs for their debut album topped off twelve months for Dantevilles where they've become one of the major contenders on the Manchester scene to make the breakthrough. 2016 saw them release Perfect Place as well as their Calm Before The Storm EP to growing acclaim.

We described their Gorilla support slot with Blossoms - "They play seven songs that already feel like old friends. They close with It Might Be Tomorrow and at the evening gig the whole of Gorilla is clapping along to it arms raised above their heads. It's one of those songs that you know will make a difference in the corridors of power in the music business yet also make a connection to the young and not-so-young punters that are the ones that will make a band sink or swim. It's a very high point in a set full of highs. Sea Of Change and Perfect Place in particular have that timeless appeal to them that will see music fans of all ages warm to them, as those early singles did for tonight's headliners. Their most important week so far has been an absolute triumph and with Radio 1 play in the bag already, it looks like this is only the start." 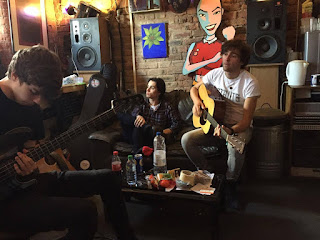 Carnival Club are another young Manchester band making a stir in the second half of 2016 to the extent they've already got a February Ruby Lounge headliner pencilled in.  Their single House Of Cards, the lead track from an as-yet-unreleased EP, is a big ballsy blues influenced track that sets down an impressive marker that goes hand in hand with their exciting live shows.

We described their Soup Kitchen show in November - "This is the first time we've seen Carnival Club, but their reputation has preceded them with lots of people we trust tipping them for bigger things and we have to say we're not disappointed at all by an energetic vibrant set that's impressive for how it is one moment a full on aural assault before turning into something more melodic and soothing the next with front man Kai Jon playing the rock star band leader to a tee.

They play songs from a debut EP that's due out in February that promises to lay down a marker for them. You're So Hostile, Magdalena's Hat and recent single House Of Cards in particular stand out, but it's their final song, being played for the first time, called Cecilia that really grabs the attention. A little more restrained than what's gone before, it allows their guitarist Eddie to really come into his own and demonstrate he's a force to be reckoned with. On the basis of this show, Carnival Club are a band you're going to hear a whole lot more from in 2017."

Add comment
Load more...
Newer Post Older Post Home
View mobile version
Subscribe to: Post Comments (Atom)
We are Even The Stars, an independent music blog based in Manchester.
We're not music journalists, we write about the music we love for that reason in the hope other people might love it too.
We are 100% ad-free, we don't do paid pieces and we don't write previews.
Creativity is nothing without substance. It's a website about music not a brand or a personality.
We will go on and on about artists we love. We'd apologise for that, but we wouldn't mean it.
We know our photos are rubbish.