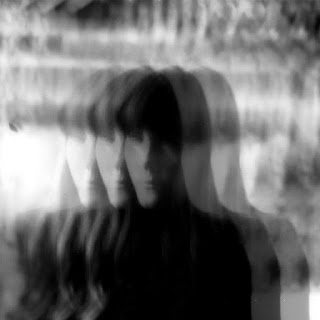 With the release of her new single Now We're Here following up last year's debut EP Unfold, Austel is hoping to build on the positive momentum and feedback she's received. We caught up with her for a chat about the single, the accompanying video and plans for more new material and touring.

Could you tell us how you came to choose the name Austel for this project rather than your real name?

I’d been writing songs since I was twelve and had always performed under my own name. A few years ago, my sound and direction started developing towards a more alternative, electronic field and I felt like it was something new and distinct; deserving of a name of its own.

And what does it mean?

It’s loosely based on the Cornish town, St Austell. I grew up in Devon and went on camping holidays in Cornwall almost every summer. I hacked off the ‘St’ and the ‘l’ to make a new word… I liked the poetry of that, getting rid of old parts to create something new.

Do you write songs on your own or do you collaborate with other songwriters?

Songwriting is a very therapeutic solo activity for me, however I do work closely with my producers (Adam Stark, Duncan Pym) to structure and arrange my songs to bring them to full form. And I write and collaborate in lots of other bands and projects - I think it’s healthy to challenge your process and experiment with different ways of making music.

You’re classically trained, do you consciously incorporate elements of that into your writing or does it just happen sub-consciously?

A bit of both, I guess. I rarely think about what I’m doing chordally or melodically when writing, but when it comes to refining parts, that’s probably when some analytical thinking and theory comes in. I don’t obsess over it though - I think the best music is made when you don’t follow the rules.

You released your debut EP Unfold last year and were supported by the likes of 6 Music. Were you surprised by the level of support?

BBC 6 Music was a tick off the bucket list, for sure. It’s hard to measure success and support as an independent artist - you’re not always sure if it’s a one-off thing or if it could lead to something long-term. I’m grateful and humbled by any critical recognition.

You’ve just released a new single Now We’re Here. Could you tell us about the song’s subject matter?

Now We’re Here is like a puppet that’s decided to cut its strings. It’s about recognising the impact of toxic relationships, and the negative power that people can have over each other. In a broader sense, the song touches on how we as a society have become more and more polarised - and that space between us has been widened and stretched by digital communications. All we crave is human connection, yet it’s something many of us fear and find inaccessible.

And it's accompanied by a video. Could you tell us a little about it?

I filmed the video for Now We're Here with Half Crescent at The Cause in Tottenham. We wanted to create a dystopian, dream-like space... that black hole neurosis of self-doubt, over-analysing and constantly revisiting memories to try and find answers.

Is it a standalone single or is it the first in a series of new releases or a second EP?

There’s more music on the way. Watch this space.

Are you looking to tour further afield than London and are there any plans you can tell us about?

I'mreally looking forward to supporting my pals Flood Height at Tazma Studios, Exeter on Friday 25th October. It'll be my first homecoming show as Austel so I'm going to make it a special one. I'm also looking as well at gigging in other parts of the UK. Keep an eye out on my socials for all the info.

Finally, how would you describe Austel to someone who didn’t know your music?

Email ThisBlogThis!Share to TwitterShare to FacebookShare to Pinterest
Labels: Austel