TRACK OF THE DAY : Magazines - Tough 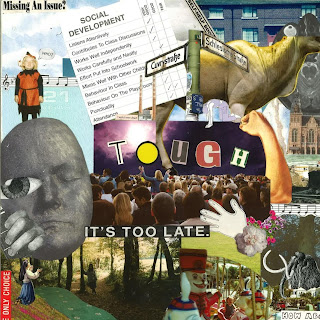 Tough is Dublin four-piece Magazines' debut single set for release on November 1st, an impressive opening from a band that's been around less than a year on the Dublin scene.

Lead singer Cath says of the song which is written about a time when she was in a difficult relationship - “it’s definitely a very poppy song, unlike a lot of our tunes, but I like that because it goes hand in hand with the lyrics, which although are simple enough, do carry a heavy meaning for me and remind me of a time where I really wasn’t that happy.”

They launch the single with a gig at Drop Dead Twice in Dublin on November 1.

Email ThisBlogThis!Share to TwitterShare to FacebookShare to Pinterest
Labels: Magazines