TRACK OF THE DAY : The Seamonsters - How To Be Famous 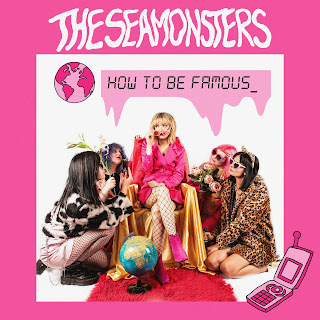 The Seamonsters return with a new single today, their live favourite How To Be Famous, a song that showcases a very different side to them from their early singles. Heavier and harder-hitting, taking aim at the things people are expected to do in order to have their fifteen minutes in the spotlight, it's their best single to date.

The band describe the song as it "tackles the modern obsession with social media and the damage it causes, delving into everything from harmful trends to cancel culture" and they're understandably proud of what they've produced as they posted on Twitter - "We've never been so proud of anything ever and we genuinely can't wait for this to be out there. If you'd have played this song to us in 2014 we wouldn't believe it was us."