TRACK OF THE DAY : Matter Of Mind - Sparks In Our Blood 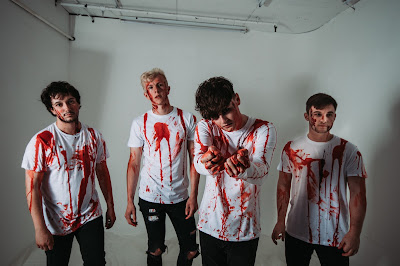 Sparks In Our Blood is the new single from Stockport's Matter Of Mind and it comes accompanied with a gory and mysterious video.

The song has been a live favourite for quite some time now and was long overdue a release as a single. Bold and loud, it showcases the harder side of their sound, but retains the ability to be accessible to a wider audience as it builds through to the line that the song takes its title from. Lyrically it's about betrayal - "Say, say that you lied. I know lies pass the time. Say you had no time. I know time was the crime" - and the video filmed with long-term collaborator Callum Benson at CSV Videography captures perfectly the mood of the song.

They support Fangclub at Night People on October 10.