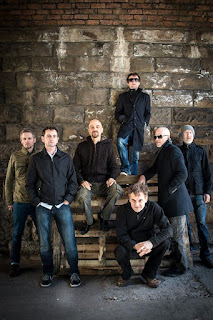 Slightly belatedly James have revealed the fifth track, Quicken The Dead, from a session they recorded before the release of their thirteenth album La Petite Mort last summer. Filmed by Ron Yeadon in a South London front room, the session versions of the songs are markedly different from those that appear on the album as the band perform the tracks as a five or six piece in stripped back form.

James have recently completed a series of festival shows and the recording their new studio album which is now in the mixing stage for release at some point next year.  They revealed one song from it Nothing But Love back in May at a show in Scarborough.

The other four songs from the session can be found below, Interrogation being exclusively aired via Disorder :