Track Of The Day : James - To My Surprise 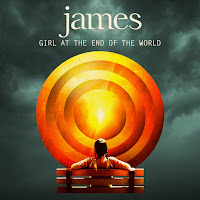 To My Surprise is the first single to be taken from James' 2016 album Girl At The End Of The World. Premiered on 6 Music this morning, albeit in edited form due to the "were you born an arsehole?" chorus, the song, like many of James' best songs, is a grower and reveals more with each listen.

The album was written in Scotland at Jim Glennie's Highland retreat and recorded in London with Max Dingel who produced 2014's La Petite Mort album. In a break with tradition from James albums, only one song Nothing But Love has been previewed from the record and that was only played once at a festival show in Scarborough in May.

The album is available to preorder via the James website on cd, 2lp, cassette and a variety of bundles. 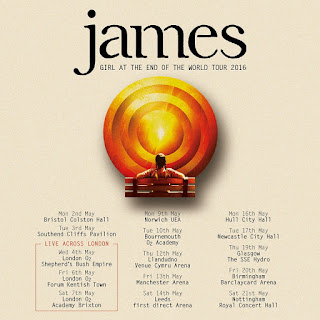 Tickets for the tour are on sale now with VIP soundcheck tickets available exclusively from the James website. James' Girl At The End Of The World tour will call at the following venues :