Track Of The Day 2 : Embers - The Bitten Tongue 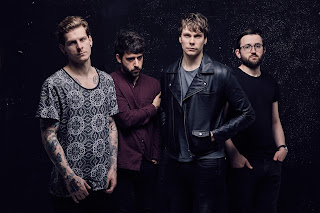 The Bitten Tongue is Embers' first new material released for over two years. Previewed at some of their recent rare live outings, it's immediately recognisible with Embers' DNA - an irresistible wave of soaring power that you know is coming, can feel building, but you're powerless to stop. Not that you'd want to as they uplift you and envelop you in beautiful warm sonic waves.  The song is available as a free download on their Soundcloud page.

Promising more releases and gigs in 2016, it's hoped that the rumoured record label issues that have dogged Embers in the past two years are now something of the past. They've already laid down a marker with a sold-out show at the Eagle Inn last summer and a short but powerful performance at the recent A Carefully Planned Festival where they debuted The Bitten Tongue as well as several other new songs.