Track Of The Day : Hey Bulldog - Under My Spell 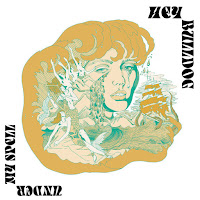 Under My Spell is the new single by Hey Bulldog and their first release of the year.  They've been building themselves a fine reputation as one of the most enthralling and exciting live acts in the city and with this single they've captured the ecstatic feel of their shows.

The single starts with a thrilling rolling drum beat which morphs into a jagged piercing riff that drops in and out of the song. Rob Manton's voice takes centre stage, a true rock and roll front man's voice it is too living every minute of the song as if it's his last. It's a perfect introduction to their big bold take on blues that you really need to catch live.

The single is available on CD and digital from their Bandcamp page.