Track Of The Day 1 : Fairchild - Breathless 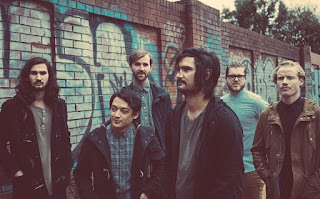 Breathless is the title track from Fairchild's next EP due early in 2016. The Australian six-piece relocated to Manchester from their native Gold Coast but returned there to record the EP. Already gaining a reputation for the most high-energy fun shows in town, Breathless takes a slightly more restrained tack.

What makes Fairchild such a thrilling proposition is their unashamed love of 80s synth-pop which they stamp their own inimitable personalities all over. At one point you think they're going to burst into Haddaway's What Is Love as the song reaches the breakdown, but soon it soars back off into the stratosphere. It's more at home on the sun-kissed beaches of their home than the rain-streaked streets of their adopted one.

They have two shows scheduled for the remainder at the year at London Tooting Tram And Social (November 28) and Manchester Castle (December 20).

Email ThisBlogThis!Share to TwitterShare to FacebookShare to Pinterest
Labels: Fairchild