Track Of The Day : Coves - Stormy 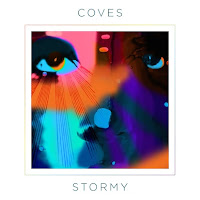 Coves' debut album Soft Friday was number 3 in our Albums of 2014 so we're eagerly anticipating the follow-up due in March next year. After an interim EP Spectrum, Stormy is the first taster of that album.


The band have moved from Leamington to London for the recording of this album which Beck describes as being about"“how our life is now compared to then, the journey, fallouts between friends, the growth you have in life", but, on the basis of Stormy, it still retains most of those traits that made Soft Friday such a great record. There's pop sensibilities in there but with a rock hard edge and a mystery and a sense of frustration and foreboding in Beck's warm vocals. It's an intoxicating mix and if Stormy is an indication of how they're developing from Soft Friday, we're in for one hell of a second album.