Track Of The Day : Travis - Everything At Once 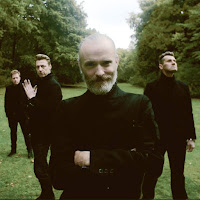 After the return of James this week, another one of the UK's biggest bands of the 1990s Travis return after a two year break since their last record Where We Stand with a new single Everything At Once and a frankly bizarre video that depicts front man Fran Healy coming a cropper on a trip to an outdoor activity centre.

They've also announced three intimate shows for January - at Northampton Roadmenders on the 25th and a 7pm and a 9.30pm show at London's Lexington on the 26th. No details of an album have yet been announced but we would expect an announcement at some point in the not too distant future as a note on their official site indicates that they've written new material.

Email ThisBlogThis!Share to TwitterShare to FacebookShare to Pinterest
Labels: Travis