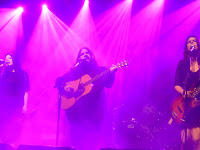 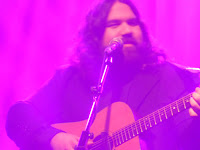 The Magic Numbers are preparing for a December tour of their own by opening up acoustically for McAlmont and Butler on their tour as well as playing in their band during their set. We caught them at The Ritz where they reminded us all how great their songs are with some singalong moments as well as some where the songs were stripped back to their bones and made to feel intimate even in such a big room.

The great thing about The Magic Numbers has been twofold - firstly the innate quality of the songs each and every one of them coming from the perfection obsessed hand of front man Romeo Stodart and secondly the way the band join together either musically or vocally in perfect harmony as two pairs of brothers and sisters - although drummer Sean is absent tonight. Even though they've never captured the commercial heights of their self-titled debut which is about to celebrate its tenth birthday, they've never lost the knack of delivering a killer tune, harmony, riff or melody to melt our hearts.

That sense of intimacy is enhanced by the occasion. There are moments where the songs are so stripped back that you can hear a pin drop as Romeo plays a soft section of guitar barely audible in the hall or when he, Angela and Michele combine vocally, sometimes acapella, to lift songs out of the ordinary. Even without the driven guitars and rampant drums of their full-band set they don't lose any impact and, at times, the delicate nature of the acoustic treatment enhances them. 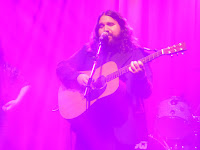 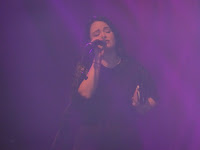 Their set is heavily drawn from that debut that they're going to tour in full in December, opening with an emotion-laden Try. Romeo's an expressive front man and you can see him stretching every sinew to add some feeling to the song, whilst Angela and Michele are constantly smiling, effervescent and providing a great contrast. Forever Lost inevitably gets the best reception as the song that broke them and they conclude with another trio of songs from their debut - a haunting, on the verge of breakdown fragile This Love, a raucous hand-clapping toe-tapping Love Me Like You and the nice touch at the end of their set when McAlmont and Butler come out and play Love's A Game with them.

They do also touch on other parts of their career. The Pulse is a throbbing electronic beat in real life that's slimmed down to a tense, nervous, almost absent in parts tune that accentuates the sadness and depth of emotion in there. There's some beautiful three part harmonies on Shot In The Dark off their latest album Alias that would melt glaciers and Angela gets the chance to take centre stage on Thought I Wasn't Ready to yet again demonstrate she should have a solo album in her at some point should she feel the desire to. 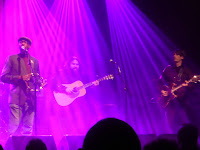 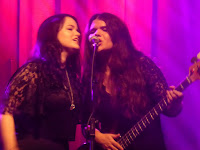 At times tonight The Ritz is awed silence and reverence, no mean feat for a support band, but testament to the intimacy and respect that the Magic Numbers create. Their songs stand the test of time, the transition to this acoustic format without losing any of their impact. They might no longer be writing commercially successful pop songs that become flavour of the month at radio stations, but it doesn't mean they've lost any of their magic.