Track Of The Day : Thyla - Us And Them 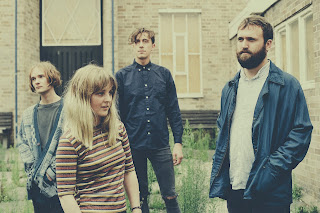 Us And Them is the second single from Brighton's Thyla, At a time when there's a revival of shoegaze and bands cashing in on their back catalogue, it's refreshing to hear a band that's influenced by them, but which are putting their own modern and fresh spin on it and bringing it right up to date. Us And Them feels like an effortlessly beautiful song, spinning guitars that whirl the listener round and airy drifting vocals that wash over and around us.

Thyla are a four-piece compromising of Millie on vocals and guitar, Elis on electric guitar, Danny on drums and Dan on bass. Us And Them is the follow-up to Betty which they revealed in the spring.

Email ThisBlogThis!Share to TwitterShare to FacebookShare to Pinterest
Labels: Thyla