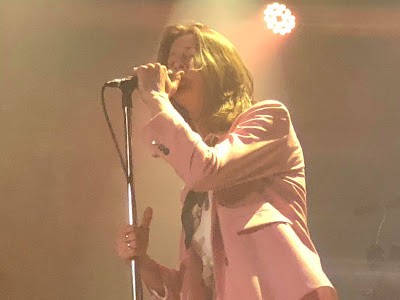 Blossoms made a triumphant homecoming to Stockport with their second number one album Foolish Loving Spaces in the bag for the first of two nights playing the album in full in the town where most of the songs that made it up were born. The evening started with a Super 8 film recorded by front man Tom Ogden documenting the writing and recording of the album and an hilarious twenty minute set from comedian and friend of the band Lloyd Griffith.

The Super 8 film gives a fascinating insight into the recording process of the album, with in-studio shots as well as footage at home and on location. The flickering images of the Super 8 give it an even more intimate and revelatory feel and confirm the sense of camaraderie within the band that glues the five friends together. 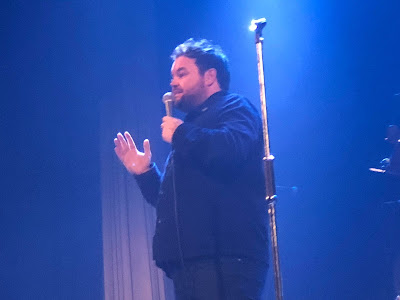 Lloyd Griffith bounds on stage and immediately takes the piss out of himself in the way the best comedians can. He engages with the audience, picking on one guy in particular who's sat waiting to be impressed and collars him the first time he laughs. There's lots of knob jokes, a series of impersonations of different types of tape and a part where he surprises us all with a very strong choral voice. It's a perfect warm-up as he has the seated crowd in stitches replacing the usual anticipation of anthems that get a standing audience moving around.

At nine the band enter the stage to deafening roars, Tom resplendent in a pink suit that 99.9% of the male population would struggle to pull off, but such is his confidence and assurance as a front man, helped by guitar duties being taken over by one or two additional guitarists depending on the song, that it feels like the most natural look in the world for these songs that are the ultimate in indie / pop crossover that we have today. These songs also have, as Tom talks to in the video, a very strong influence from Talking Heads and there's two percussionists to accentuate that element in the songs along with four gospel singers to give the songs lift. 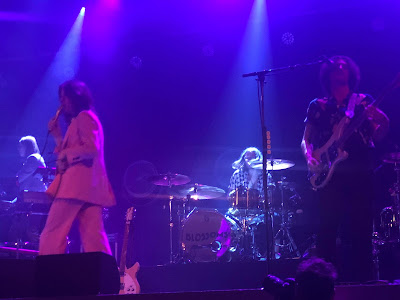 They play the album in order which means their killer trio of singles - If You Think This Is Real Life, Your Girlfriend and The Keeper - start proceedings. They're three very differently structured and paced songs yet you could cut them open and see the Blossoms bloodline coursing through them. If You Think This Is Real Life is glorious joyous pop music made by young men from the North of England who've done the hard slog round the toilet venues early in their career rather than manufactured reality TV artists and an army of songwriters for rent. Your Girlfriend's curious story line and the use of the lap steel by Josh give it an edge and The Keeper sees Tom sat at the piano.

Playing the album live in order highlights that it is Blossoms' strongest piece of work to date. Songs like My Swimming Brain, Oh No (I Think I'm In Love) and Falling For Someone have the simplest of hook lines that you simply can't avoid even though they're right there in front of you telling you they're going to attach themselves to your brain and not let go. Live the at times thirteen piece band flesh them out, and vocally there's seven of them behind Tom raising them up (eight if you count Lloyd who joins them much to his delight), in preparation for the big shows they're playing in March, but without diluting the timeless quality of the songs. The latter two also have the opportunity for the audience to take the song from the band and sing it ourselves. 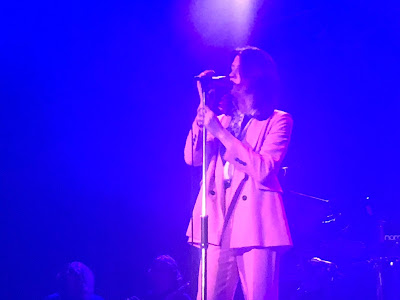 My Vacant Days sees everyone except Tom depart and the song is performed solo with a wit and charm and an audience that stops and listens rather than striking up a conversation over the quiet moments. It slows things down, but even the ordering of the album feels perfect as it feels just like an interlude rather than a brake point. The final track Like Gravity sees their more experimental side coming out as the song takes darker twists and turns instrumentally in the breakdown. The album might only last thirty-five minutes, but it's all it needs to seduce and charm and not outstay its welcome. The magical thing about it is that it feels like the perfect natural progression of Blossoms as a band - the line still visible from their early days opening up bills around the Northern Quarter to the Arena round the corner.

They leave the stage and return to finish off the night with a trio of crowd favourites from their first two albums. Everyone's on their feet for There's A Reason Why (I Never Returned Your Call) whilst At Most A Kiss, with a new extended outro that sees Tom up on Myles' keyboards with him, feels like it's on steroids. They leave predictably with a glorious Charlemagne, far from their strongest track but one that never fails to send the crowd out delirious singing along to it. It's a triumphant return home, delivering an odds-on before kick off home victory with the swagger, style and majesty you'd expect from the current champions of the charts.

Blossoms played If You Think This Is Real Life, Your Girlfriend, The Keeper, My Swimming Brain, Sunday Was A Friend Of Mine, Oh No (I Think I'm In Love), Romance Eh?, My Vacant Days, Falling For Someone, Like Gravity, There's A Reason Why (I Never Return Your Calls), At Most A Kiss and Charlemagne.