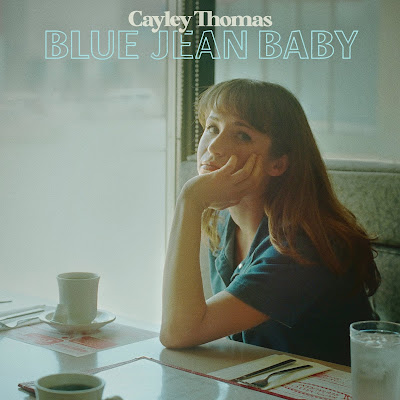 Blue Jean Baby is the second single to be taken from Cayley Thomas's forthcoming debut album How Else Can I Tell You? due for release on May 1st. It's set to a video that deals with the song's subject of putting others before yourself when you need to look after yourself first.

Cayley explains the meaning of the song and the accompanying video - "Blue Jean Baby explores the pattern of feeling responsible for the emotions or actions of others at the expense of our own wellness. It’s like when you’re on an airplane and they tell you to put your oxygen mask on first before assisting other passengers. The video takes a sobering look at this. I think we can become preoccupied trying to do someone else's work for them as a means to avoid our own self reflection"

The song is the follow-up to Midnight Hours, released late last year, and once again captures Cayley's ability to express natural human emotions with a vulnerability that's often missing. The natural tenderness in her voice adds depth and gravitas to the words she's singing.