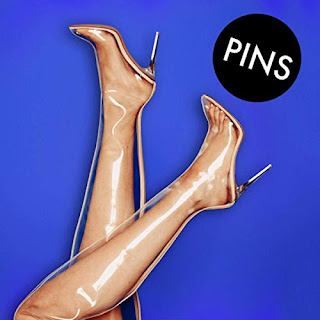 Hot Slick is PINS' first single of the year, coming from a forthcoming album, their first in five years, that the slimmed-down trio of Faith, Lois and Kyogen are preparing for release. The track which has been in their live set for some time showcases the new dancefloor-inspired direction in contrast to their first two albums.

The song opens to an electronic beat and vocals that are reminiscent of Donna Summer's I Feel Love, before Faith sings "Get away, get away, I gotta get away" on repeat as they complete the transformation in their sound that 2017's Bad Thing and Serve The Rich hinted at.