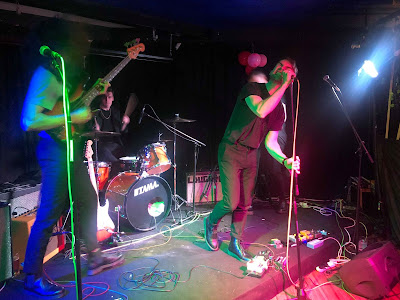 Galway's The Clockworks are recently signed to Alan McGee's Creation 23 label and have been hotly tipped by people in the know back in Ireland, so the opportunity to catch them in the intimate surroundings of Manchester's Peer Hat on Friday night was one too good to miss. Opening the night were Manchester's own Rosellas.

Rosellas can write and play a tune. Their songs are studiously crafted ambitious affairs, rich in the influences of their past but with their own style very much written across them. The heavy use of keyboards and backing vocals lift them out of the four-piece band of lads bracket into something that draws you in and makes you want to listen to them. When they slow down and bring out the acoustic guitar that positive impression isn't dimmed either. 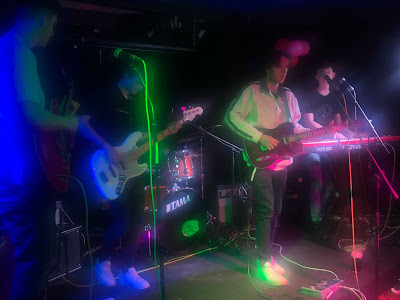 Front man Drew has a strong voice that adds emphasis to the songs and make them feel that they're singing from experience rather than observations. A little more crowd interaction between songs might not go amiss though as it feels like we're watching them rather than being part of a moment with them - but for a band relatively early in their life cycle, they've got the fundamentals of a solid base of songs and their technical ability that will see them right.

The Clockworks might have just three songs out in the world right now - but there's few bands with such a snarling introduction to themselves as Bills And Pills, Stranded In Stansted and their final song Can I Speak To A Manager Please? They rail against the injustices in society, pass comment with a vitriolic disdain on the likes of reality TV and Ryanair in a manner that feels like it's setting machine gun urban poetry to music with an accuracy that hits the target every single time. 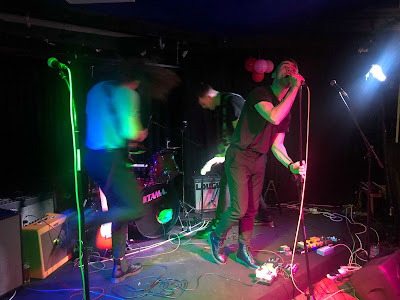 Their half-hour set goes by in a whirl, the audience are drawn in by the energy and ferocity that's emanating from the stage. Their songs have edges like the sharpest knives, bass lines that stop songs dead, spin you round and fire you off in a different direction, drums that are primal, metallic and yet set the pulses racing with their intensity and when they adopt a dual vocal attack the force is irresistible.

By the end we feel like we've witnessed a band in a venue, size-wise, way below their standing. The Clockworks have a focus to them, they know where their targets are with their songs and they hit them every single time yet it all still feels natural and unforced. The reception grows at the end of each and every song they play as they draw people in by dint of the corrosive energy of their set. We leave, somewhat dazed, feeling we'd witnessed something special.

Email ThisBlogThis!Share to TwitterShare to FacebookShare to Pinterest
Labels: Rosellas, The Clockworks