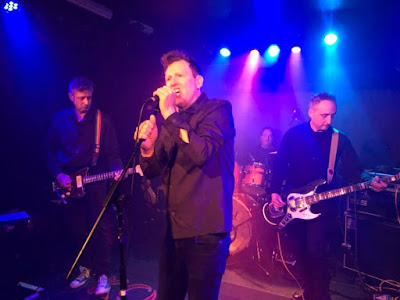 Geneva opened up their short three-date UK tour with a packed-out show at Brighton's Komedia on Saturday night. Avoiding the route of many of their 1990s contemporaries they carved a path through many of the lesser-known corners of their back catalogue to a delighted set of dedicated fans who had travelled from far and wide. Support came from China Bears. 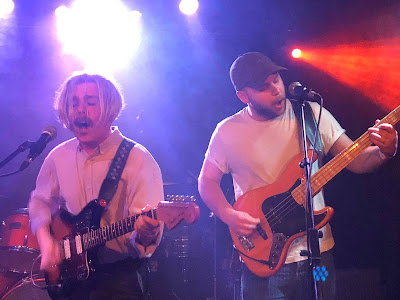 China Bears open up proceedings and the Somerset four-piece have a fine line in uplifting guitar tunes as evidenced on their recent debut EP I've Never Met Anyone Like You. There's an energy in their live performance, melodies in the music they're crafting and a chemistry between the four of them that draws you in and holds you even though, like us, most of the crowd would be watching them for the first time. Ivan's striking voice takes centre stage and his charismatic delivery of songs like Cold Shivers, Sunday and the title track from the EP as well as a new song called Statues Still make them the perfect opening act for Geneva. 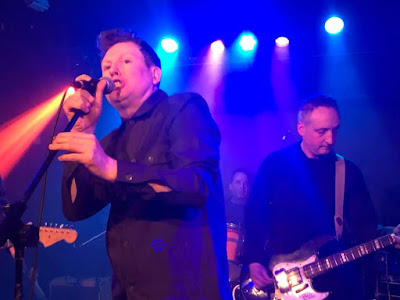 As we enter 2020 and the nation, or parts of it, celebrate our new-found independence and hark back to "better" times, the shop tills of many a mediocre Britpop band are being readied for a twenty-five year trolley-dash of expanded editions and anniversary tours to remind the faded middle ages of their youth. Geneva were cast into the Britpop pool by dint of the time they emerged, like Ash by the need to make it British rather than English and the fact they signed to Nude, home of Suede, one of the lynchpins of that scene and now kings of the reissue.

Geneva's return has been devoid of fanfare - two intimate tiny shows last February followed by a teatime slot on last year's StarShaped touring festival and the under-the-radar reissue of their two fine albums Further and Weather Underground, both crammed full of b-sides and unreleased songs that are at least the equal of those that came out as singles and spiked the Top 40 in the days when indie bands did such things on a regular basis. It's from that pool of songs that Geneva take a large proportion of tonight's set, finally free twenty years on to play what they want to play - and you sense the joy in their performance and coming back together - rather than the record company's choices. 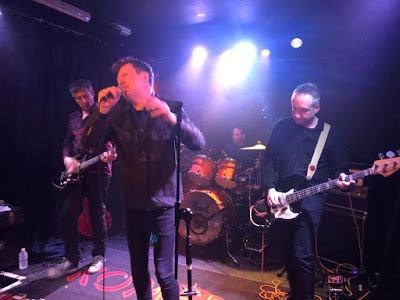 They start with a statement of intent - two b-sides (What Your Shrink Says and Feel The Joy) and an unreleased track Promised Land, after which Andrew asks their manager who's at the back of the room what Weather Underground, their second album, would have sounded like had that been on it. It's testament to their belief in what they do and the reasons for this reunion that they make such a bold start to the show when conceivably they could have gone down the classic debut album plus a couple of tracks off the second route. That this tour has been kept relatively low-key means most of the audience, apart from a noticeable few, don't care and want to hear whatever the band choose to play.

What we get instead is a trip through some of the more experimental moments of their catalogue, where the shackles had been loosened and the paymasters' demands for a hit single had quietened down. Both Museum Mile and Amnesia Valley are a million miles away from the influence-heavy indie-by-numbers of many of their more successful contemporaries, and it's telling that the two singles from Weather Underground - Dollars In The Heavens and If You Have To Go - are conspicious by their absence. The single that should have been - Killing Stars - is present and correct though.

What's warming is the utmost respect there is between the four of them, they don't need to say it out loud, but the knowing glances, the jokes about their age, the little quips to each other between songs and the fact that they premiere a brand new song Are You Where It Ends and it feels like it's bridging a gap between their history and their future as they consider their next steps.

They don't go for big gestures and are exceptionally modest. There's plenty of thanks to people who've supported them and kept them going over the year and given them the confidence to make this comeback. Andrew calls himself "some clown on vocals" and while knows he can't hit those high notes that he could twenty years ago that left us open-mouthed, like all truly great singers he has learned to adapt and control and still make the impact his words intend and he still has few equals. It's at its most evident when he sings Vostok away from the microphone at the start of the encore and everyone shuts up and listens in awe. Stephen, Douglas and Keith have an intrinsic chemistry that you'd have thought they've been playing together for the past twenty years in secret waiting for this moment. 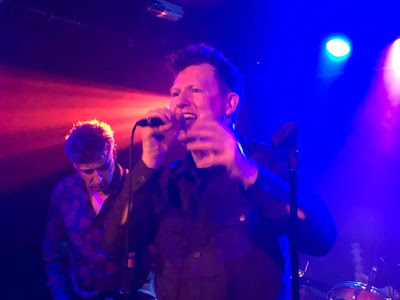 They do of course save their big three singles off Further for the end of the main set. Noone Speaks, Into The Blue and Tranquilizer get the crowd moving and singing along and you can see they are visibly moved when the songs are taken from them and sung back without encouragement. There is very much the sense though that the ability to craft radio-friendly singles like these are only the tip of the Geneva iceberg though - when they let loose on Amnesia Valley, When You Close Your Eyes and Further this is a much more ambitious and expansive-thinking band than they've ever been credited with because of the lumping in with the Britpop movement.

So what is the point of this Geneva reunion if it isn't to exploit the cash-cow that is band reunions these days? There very much feels like a sense of unfinished business, to play like the band they wanted Geneva to be rather than the one the industry tried to make them be and to write and record together again. These shows might not attract the flurry of interest that recently and soon-to-be-announced classic album tours do for their contemporaries, but there's something more genuine, heartfelt and real about these shows. It feels like one of the great lost bands of an era is finding itself again.

Geneva played What Your Shrink Says, Feel The Joy, Promised Land, Museum Mile, Temporary Wings, Killing Stars, Amnesia Valley, The God Of Sleep, When You Close Your Eyes, Nature's Whore, Further, Are You Where It Ends, Noone Speaks, Into The Blue, Tranquilizer, Vostok and Have You Seen The Horizon Lately?