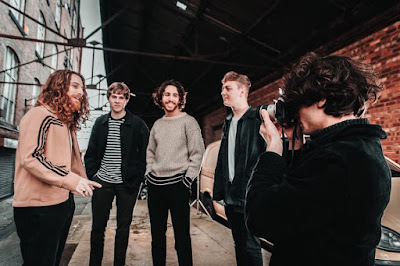 Fuzzy Sun have released a double A-side single Pretty People / Gentleman's Touch to coincide with the announcement of their biggest headline shows to date in May.

The song follows on from their Want Love and Warm Evening / Cold Morning EPs and last year's I Ain't Right single in being full of loose indie dancefloor rhythms and Kyle's instant recognisable warm vocals.

The band describe Pretty People as "It’s 1999. Stanley Kubrick’s ‘Eyes Wide Shut’ is about to premiere. But, in a last-minute ploy to make the picture more accessible to casual viewers, the studio has insisted on a new radio-friendly theme song. The result is the funk-infused, 'Pretty People', a piece on affairs, desire and paranoia."  The single sees the debut of George Fitzgibbon, who also mixed the single, who has replaced keyboardist / vocalist Daisy Valentine who has left to pursue her own solo project.