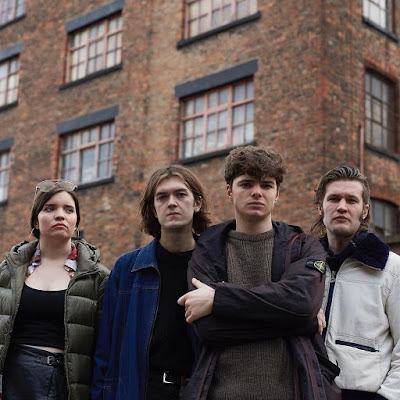 White Rooms & People is the third single from Working Men's Club and their first with their new four-piece line up. Set to an unsettling video which is interspersed with Syd singing and with producer Ross Orton in tow, the single is set to widen their appeal still further and provides a marker in the sand for their forthcoming debut album.

The song follows their previous single Teeth in moving firmly towards the dance floor rather than the indie guitars of their debut single Bad Blood, both of which were playlisted by 6 Music and prompted Jeff Barrett, label boss at Heavenly for whom they've recorded their debut album, to declare them as one of the most exciting bands he's ever worked with. With the departure of Julia Bardo to pursue her solo career, the band have recruited Mairead from Moonlandingz and Rob from Drenge and their influence can be heard on this single.