TRACK OF THE DAY : The Ryne Experience - Canopy 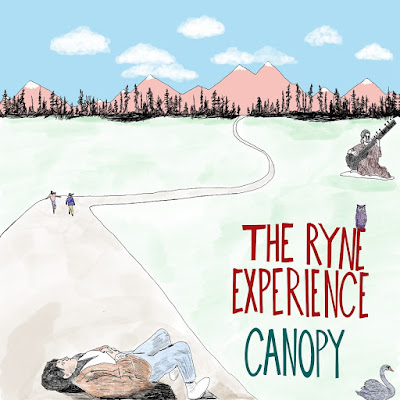 Canopy is the second track to be taken from Michigan-based The Ryne Experience's third album Funky Town that is due for release on April 3 via Under The Counter Records. The alt-country band have created a concept album about a man who has his identity and everything else about his life stolen and his journey of rediscovery.

Canopy is also the second track on the album and deals with the immediate aftermath of the character (Paul Mashake) awakening with amnesia, coming to terms with the fact he doesn't know who he is, being amazed by the beauty of the mountains where he's found himself, using simple yet evocative language to describe the magic of things that a world-weary mind would either not notice or take for granted. Musically the song's alt-country sound provides the framework for the story line, understated until the guitar kicks in towards the end, but with a warmth and a loose familiarity that focuses you on the words.

Funky Town releases April 3 on vinyl, cassette, CD, and digital via Under the Counter as the label's final release. Each physical format has unique features to it - the vinyl has a gatefold jacket, cassettes also include Ryne's second album Shopworn and CDs include a mock newspaper relating to the album and are autographed by Ryne.

Email ThisBlogThis!Share to TwitterShare to FacebookShare to Pinterest
Labels: The Ryne Experience