TRACK OF THE DAY : Black Casino And The Ghost - How Was The World? 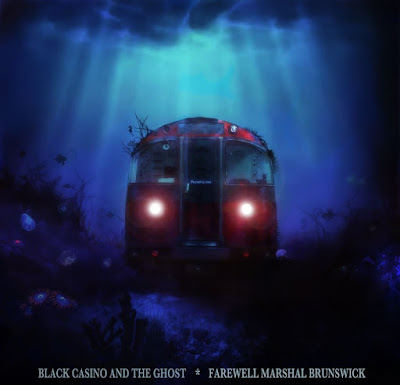 How Was The World? is the first single to be taken from Black Casino And The Ghost's third album Farewell Marshal Brunswick, due for release on March 1st. Clocking in at just one minute thirty-six seconds, it features eerie haunting vocals from Elisa set against an apocalyptic backdrop that casts the sound of impending doom.

The lyrical themes match the mood of the song, declaring ""How was the world before the big melt happened? How was the sun when it could touch your skin? How was it all before the city died?" setting the scene for what we might have to face one day if we don't face up to the challenges of climate change and the impact it is having on the world in which we live.

The single has already featured in series one of the Netflix program Luna Nera so might be familiar to some. It's their first new material since 2015's Until The Water Runs Clear.