TRACK OF THE DAY : The Clockworks - Stranded In Stansted 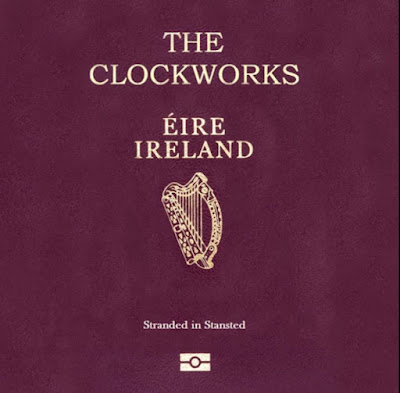 Stranded In Stansted is the second single to be released by Galway four-piece The Clockworks since signing to Creation 23 last year. It tells the story of missing a flight home after a gig and the observations they make of people travelling on holiday at one of Britain's worst airports.

Front man James explains the song - "Stranded In Stansted is actually based on a true story involving us finding ourselves stuck in Stansted on the way back from one of our first gigs in London and having to book a new flight the next day. The following day, once we were back in Ireland, it struck me how bizarre a social situation an airport can be. We'd had whatever on our minds all day until then, but in that moment nothing else mattered other than running for this plane past loads of characters all doing something similar. I loved the drama of it and how it was both comical and tragic all at once."


The single is the follow-up to the sold-out debut 7" featuring Bills & Pills and Can I Speak To A Manager Please? and as James describes continues to demonstrate their ability to write songs that provide social commentary on otherwise mundane daily situations and musically breathe life and excitement into them.

The Clockworks play London Old Blue Last tonight (February 13) and then live at Joe Talbot from Idles' In Conversation event at London Water Rats on March 2 ahead of appearances at Live In Leeds and Hit The North festivals in May.

Our review of their Manchester gig last week can be found here.

Email ThisBlogThis!Share to TwitterShare to FacebookShare to Pinterest
Labels: The Clockworks