TRACK OF THE DAY : Nadine Shah - Ladies For Babies (Goats For Love) 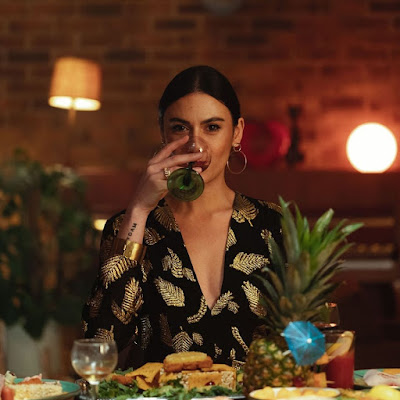 Nadine Shah returns with a new single Ladies For Babies (Goats For Love), the first track to be taken from her forthcoming album Kitchen Sink, the follow-up to 2018's acclaimed Holiday Destination.

The song and video work perfectly together, the lyrical theme of the song being about a man wanting a woman to fit his image of an ideal wife - the song's opening line provocatively declaring "He wants his lady to be a lady, to care less be hairless, all he wants in fairness, is a baby, a little baby, to care for be there for" and talking about babies as a method men use to tame the woman in their relationship as they're subjugated to motherhood rather than their own independence.

The video makes the connection to the lyrics visually as it shows a party scene where the male is the centre of attention when the woman has done all the work yet gets little of the credit and feels alone in a house full of people. It's vivid and striking and underlines the message behind the lyrics.