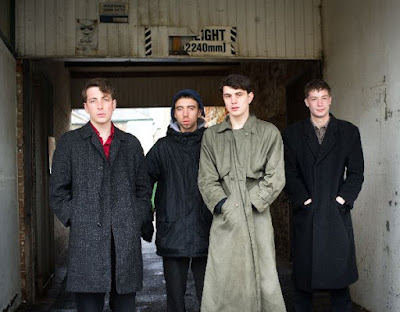 In the middle of their UK tour supporting The Murder Capital, Egyptian Blue have released a new track Never taken from their forthcoming EP Body Of Itch out on April 10 as well as a series of UK dates of their own.


Leith and Andy wrote the song as a response to the lies and fear being spread by politicians and the media for their own ends, the song's repetition of "deception, deception" capturing perfectly the feelings of many in these troublesome times in song. It has many of the same qualities that made last year's EP Collateral Damage such a necessary listen, but shows the band strengthening their sound, becoming tighter and more direct and powerful as a unit.

Andy explains further - “We need to constantly question what we’re being told, particularly from world leaders, whatever side they’re on, My mum was talking about the Iraq war and the ‘weapons of mass deception’ headlines – it’s been happening for decades! She was so exasperated by it all that she’d say, ‘One day we’ll climb the mountain, but I’m never coming down.’ Those words stuck with me.”