TRACK OF THE DAY 3 : The Blinders - Circle Song 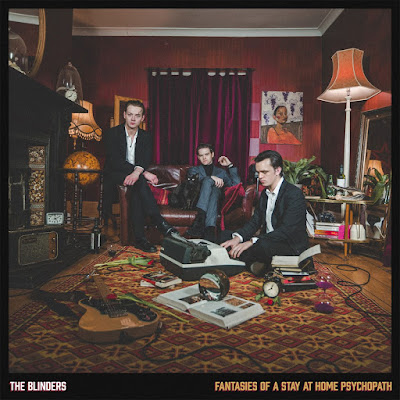 The Blinders return with a new single Circle Song, the first track to be taken from their second album Fantasies Of A Stay At Home Psychopath that is due for release on May 8 with some low-key UK dates announced to coincide.


The song will be familiar to those who've attended The Blinders shows in the second half of last year, Thomas describing it excitedly as "the best song we've ever written" at a number of shows. The song is accompanied by a video which intersperses between the hills of the Peak District and the band performing - and represents the band's most ambitious release to date, shedding the imagery of Johnny Dream that epitomised the Columbia era.

The album also features tracks like Something Wicked This Way Comes, 40 Days And 40 Nights, Lunatic With A Loaded Gun and I Want Gold that were previewed at shows last year. Missing however are crowd favourites Wither and The Writer.

The album is available across four vinyl formats - a gold numbered gatefold edition exclusive to the band's store and Blood Records, a red Dinked edition available in selected independent stores, a clear vinyl retail version and standard black as well as CD and download. Various bundles are available via the band's website.