TRACK OF THE DAY 2 : Lanterns On The Lake - When It All Comes True 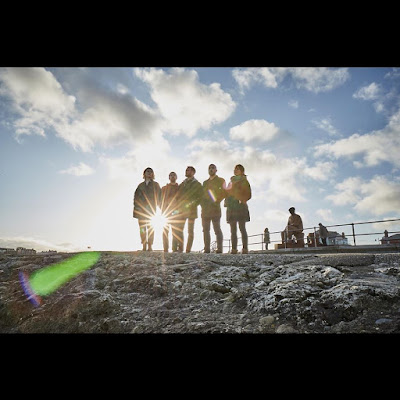 Lanterns On The Lake have revealed When It All Comes True, the third single and opening track from their forthcoming album Spook The Herd and the follow-up to their 6 Music playlisted singles Every Atom and Baddies. Accompanying the single release is a live performance video recorded at Blast Studios in Newcastle.

When It All Comes True is a perfect introduction to Spook The Herd, even including the line from which the album's title is taken, capturing the rare ability of Lanterns On The Lake to create a tense musical soundscape that holds the listener's attention from start to finish.

Lyrically the song references having foreseen impending catastrophes and being ignored until it's too late - "all the teachers and all the others I know they had their doubts, but by the time it all comes real, well I guess they'll work it out" - and the way that people can be manipulated in the reference to "blue lights that spook the herd" but Hazel declares "when it all comes true, I'll keep my word for you" as a reassurance that they only way we'll all survive is if we stick together and don't let ourselves be divided.