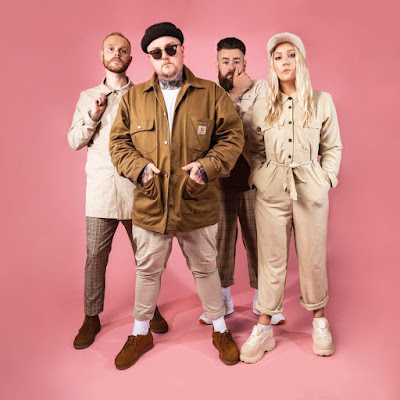 The Lottery Winners have revealed their movie-style video for their latest single 21, taken from their  long-awaited self-titled debut album that comes out on March 13th ahead of their biggest headline tour and hometown show at Manchester Ritz on April 11.

The song is gloriously optimistic in its outlook, celebrating the joyful feeling of youth and having little cares in the world, asking the question that so many ask when mortgage, proper jobs and responsibility beckons : "Careless and free with no concept of ever growing up. Wouldn’t it be nice to freeze that moment in time?" For a band whose debut record has been nearly a decade in the making, it also feels like it could capture the moment for them.

The video features front man Thom's grandad playing the role of Thom as a way of emphasizing the message of the song - "Filming was fun, my Grandad played me; he’s one of my heroes and I love hanging with him. It was important that we got the tone for this video right. It’s a celebration, not a mockery. Everybody’s fear is growing old, losing the currency of youth, but in reality you can be rich with youth regardless of your age. It’s all in your head"