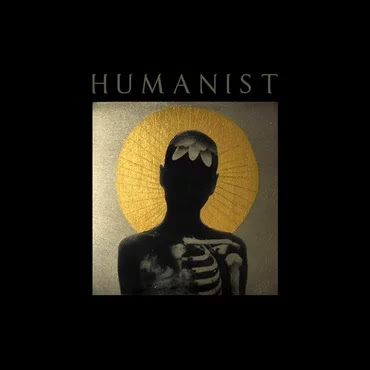 Humanist is the eponymous self-titled debut album from one of my guitar heroes, and now producer, Rob Marshall. Inspired by the life and death of acclaimed singer-songwriter (he was much more than that) Gavin Clark it’s a heartfelt album that gets under your skin.

Throughout the years in former bands Lyca Sleep and Exit Calm we’ve somewhat championed Rob as an outstanding axeman, albeit one who was quite shy and unassuming with no ego. A humble good soul who let his guitar do the talking but with this new record Rob has unlocked the shackles and gone as far as writing, producing and playing all the music on this simply stunning and mesmerising debut assisted by a hugely impressive list of collaborators. This is testament to how highly regarded he is amongst his peers and shouldn’t be underestimated.

It’s a bold move from Marshall releasing this album although it has all the ingredients to grab your attention. It’s powerful and emotive to the point of ethereal. Subjects tackled are love, loss, pain and joy resulting in a triumphant record that will no doubt appear in the top end of year lists come December.

The brief haunting intro sounds like a train entering a long dark tunnel on a cold eerie night. It’s a journey into the unknown, very much like the album, with plenty of stars onboard waiting to shine bright.

Long-time friend Mark Lanegan takes the levers on the first couple of tracks. Kingdom opens with a deep bassline and New Gold Dream era synths before Lanegan’s raspy vocal clashes with the electronica and it’s not long before the unmistakeable crescendo of noise complete with layers from Marshall’s guitar takes it to another dimension. From that dark tunnel we’ve suddenly ended up in outer space.

As Lanegan clears his throat the dirty bassline to Beast of The Nation is unleashed. Lanegan’s vocal is at its menacing, snarling best as he tells us “I took a train to nowhere” as this train hurtles towards the next stop. Rob Marshall’s monstrous guitar taking everything out in its way as the chiming guitar gets more brutal, claustrophobic and deafening leaving you exasperated with it all.

Shock Collar featuring Depeche Mode’s Dave Gahan is quite simply epic. The intro of huge guitars and military style drumming could be U2 at their very best. Accompanied by Gahan’s soaring voice and mere presence it’s hard not to be seduced by the beauty of the man or the track. The mantra “I’ve never lied, liar, liar, liar, liar” sending a powerful message. The yearning, aching vocal suggesting heartbreak and regret as the music hurtles along, out of control, trying to stay on the right track.

Lie Down (featuring Madman Butterfly), as the title suggests, slows things down although it does lull you into a false sense of security as the slow burner build ups. It’s a mournful number as we’re told “inside it’s cold and the ashes still glow, all mistakes will unfold” as yet again the drums and piercing guitars explode into a kaleidoscopic wall of sound as we’re taken from a dark place into glorious light. Bordering on euphoria it’s spiritually uplifting.

This leads us gently into the chilled out, trip hop vibe of Ring of Truth. Seduced by the voice of Carl Hancock Rux and Rob’s masterful guitar playing we visualise the landscape of a better place as the chords soothe us of any pain and we drift peacefully to the next destination.

Lanegan reappears on Skull with Marshall’s virtuoso guitar playing reminiscent of those bands he once orchestrated with such guile and grace. The earworm booming choruses supporting the structure of the song and providing a protective cavity for Lanegan’s deep, raspy, alluring vocal as he exclaims “take a hard rock to my skull”. Marshall’s driving guitar cuts right through, opening the wounds as the vocal becomes more and more intense - the deep-rooted connection between the two of them evident for all to see.

The just short of nine minute epic English Ghosts finds John Robb, primeval in his approach, searching the soul against a dirty pulsating bass line and an incessant drum beat that pounds away at your inner demons. Marshall chops down anything and everything in his way with his trademark ear splitting guitar penetrating and stabbing away adding even more substance to this dark and murky song. It feels like a terrifying tale, your worst nightmare - life and death rolled into one.

In My Arms is a pensive, reflective song laced with the ambience you’d associate with an UNKLE song courtesy of Joel C’s haunting, whispering vocal. It’s dreamlike start erupts into a cacophony of noise as the understated rhythm section, and Marshall’s rainbow hues (U2-esque), map the songs journey from that hushed opening to the bridge and the chord progression pushing the song over the top as the desperation in the vocal intensifies before the song comes to a shuddering halt.

When The Lights Go Out is a departure from the rest of the album. The dulcet tones of Mark Gardener, five years back in the fray after a lengthy hiatus, gives it the expected 1990s Ride shoegaze feel. Marshall’s guitar grooves chug along in tandem with the driving train beat of the drums before a discord of noise takes over. Gardener delicately asks us “Where will you be when the lights go out? Redeeming your dreams to someone else?” before concluding “Where will you be when your luck runs out? Follow your dreams to somewhere else?”

Ilse Maria’s placid, haunting vocals on Truly Too Late take us to the next destination and are a perfect response to Gardener’s questions. Her sombre and mournful pleas are enough to make the snow melt as heart-warming as they are. As with the precise arrangement and perfection on that track, How You’re Holding Up also follows the same vein with the beautifully captivating voice of the legendary Ron Sexsmith asking “how are you holding up my dearest friend?” Its melancholy enhanced further by the revelation “our dreams have upped and disappeared”. It has a dignified, tranquil feel as you imagine yourself drifting off into a better world. A final destination maybe.

Mortal Eyes (featuring Carl Hancock Rux and Joel Cadbury) starts off with an adventurous frantic 90s dance beat overlapped with spoken word before the guitars and drums kick in becoming more frenetic. The “keep it going, keep it going” mantra encouraging a full pronged sonic assault while the vocal howls, screams and hums the listener into submission.

An impressive list of collaborators continues with the angsty Shoot Kill featuring Jim Jones of The Jim Jones Revue. Its punky blues number sees a snarling, vitriolic Jones battling against the escalation of noise to be heard. It’s a short, sharp, shock of a song which is both intoxicating and exhilarating. Just as Marshall refuses to hold back with the axe chopping away, Jones shoot kills with equal fervour.

Final track Gospel sees Lanegan enter the fray one last time. With a bluesy feel he pours his heart out against the backdrop of Marshall’s exquisite guitar playing. The songs fit perfectly in this running order and after experiencing the highs and lows of the journey within the album Lanegan is left asking “Mr Conductor let me ride the train”. His soul searching, salvation seeking, desperation laid out on the line. An endless search in the pursuit of faith.

Humanist is a journey that involves a lot of soul searching not just from the good soul of Marshall but from his collaborators too. In the year 2020 when the world doesn’t have a clear direction as to where it’s heading the music and the artists prompt and probe to find the answers.

Rob had spoken of dealing with the icon that is Dave Gahan on the album saying there was “…no trademark tone of celebrity or ego whatsoever. Very humble, gentle and giving.” This not only sums up all those who gave their time to the album but perfectly describes Marshall too.

It’s a hugely ambitious, creative and courageous debut wonderfully crafted and conducted by Rob and we hope there will be more to come from one of the greatest guitarists of his generation. Coming out of that dark tunnel from the start of the album and reaching that final destination there’s a light shining bright and ready to illuminate us all – this is music for the people.

Email ThisBlogThis!Share to TwitterShare to FacebookShare to Pinterest
Labels: Humanist